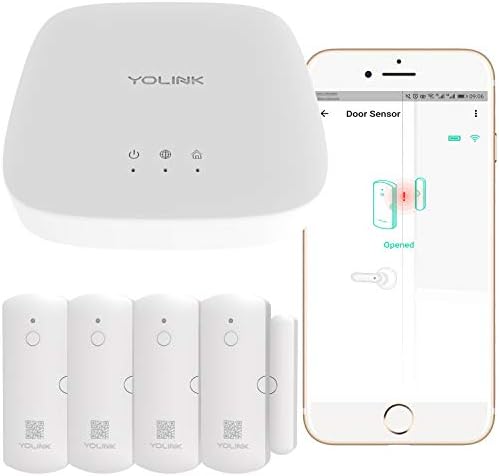 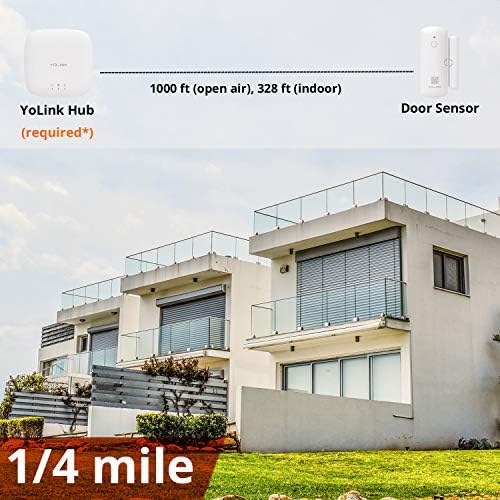 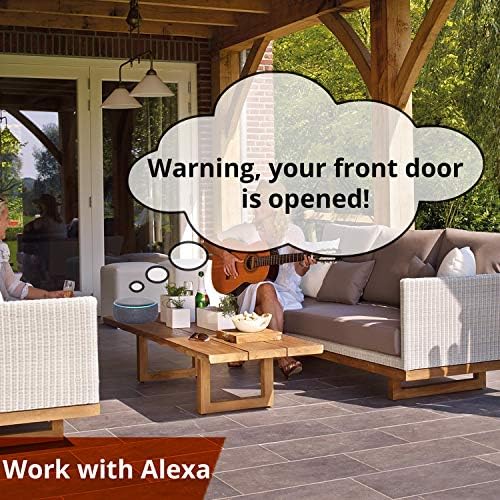 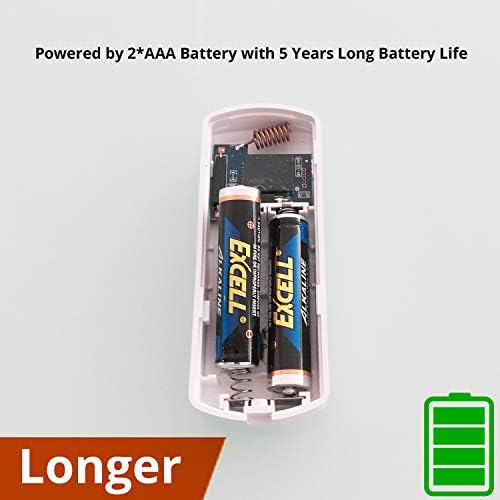 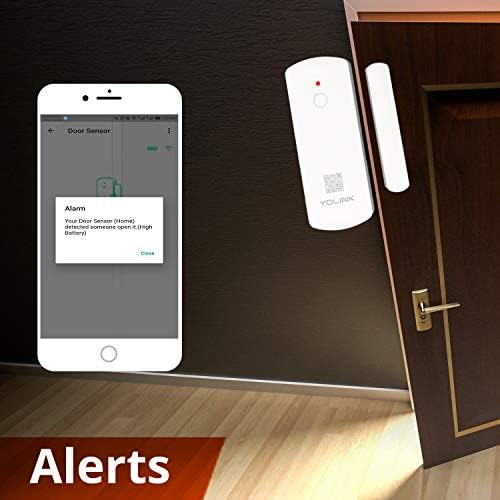 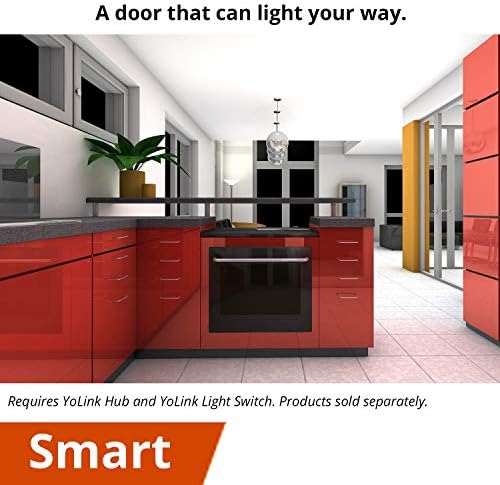 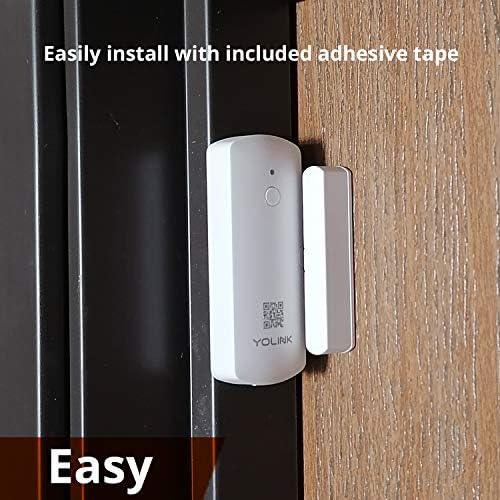 Gain peace of mind – knowing that you’ll be alerted when the side window slides open or the back door sneaks ajar, activate lights, and always be on top of your home’s security at all times in all situations.

Compared to WIFI, Bluetooth, ZigBee, Z-Wave, and other smart home protocols, it has the advantages of low-power consumption, long-distance coverage (wall penetration), and anti-interference.

It is the first smart building/home protocol that can be very easily setup and is a very low cost but creates a reliable, robust and more secure IoT network.

Home Automation – Build “IF THIS THEN THAT” rules between YoLink Door Sensor and YoLink devices (sold separately) , making life convenient and secure.

Via YoLink, you can set smart scenes, automation and YoLink Control between devices and devices, sharing devices with family members and making your house smart.

Unique YoLink Control – Trigger an action of certain YoLink devices without the internet.

Turn on/off the light even without the internet.

Conveniently check the history of all activities in the app

When it is triggered,such as open or close, a push notification will be reported to your smart phone.

The smartphone or tablet able to run iOS 9 or higher; Android 4.4 or higher.

YoLink Hub supports Wired Connection and 2.4G WiFi Connection.
YoLink products only work in the USA and Canada.
YoLink Door Sensor does not send audial alarms, it will only send push notifications to your YoLink APP. If you want voice announcements, you can connect it to Alexa to create routines; Or you can search and order a YoLink Siren Alarm (sold separately).

A smartphone or tablet running iOS 9 or later, Android 4.4 or later.

Scan the QR Code on YoLink Hub and Door Sensors to add into YoLink APP.

You can customize their name, set their room, add to/remove from favourite.

Power on the hub using the supplied power adapter, set up network and your YoLink Hub will be online on APP
Press “Set” button on Door Sensor once to connect it to YoLink Hub and Cloud

Note: Connect the Hub into the Internet first.

Dry clean the installation area
Remove the protective layer of the double-side tape
stick the sensor and the magnet to desired position; Press it for 5-10 seconds to stick tightly

know when door or window is opened or closed

know when there’s a water leak in your home

✅10 times Longer Range – Powered by LoRa technology, YoLink brings the longest receiving range (1/4 mile) in the market. Our long coverage enables its use in hard-to-reach areas such as basement, porch, guest suite, barns, greenhouse, etc.
✅5 times Longer Battery life – Powered by 2 AAA included Alkaline batteries with 5 years of battery life compared to 1 year of other top brands; Battery status will be updated and low battery alert will be sent within YoLink APP
✅Work with Alexa – Get voice announcements from Alexa Echo when door open or close; IFTTT Supported – Trigger event pipelines by using IFTTT, such as receiving Notifications, Emails, Calls, etc when the door or window is opened or closed
✅Instant Notification – Automatically receive mobile notifications when doors or windows are opened or closed; Get a reminder when doors keep open; Check the history of all activities in the app
✅Home Automation – Build “IF THIS THEN THAT” rules via YoLink APP between YoLink Smart Door Sensor and YoLink Smart Plugs (not included), making life convenient and secure.

There are no reviews yet.

Amazon Smart Plug, Setup in as little as 5 minutes, works with Alexa – A Certified for Humans Device

Techdeals.com participates in the Amazon Services LLC Associates Program, which is an affiliate advertising program designed to provide a means for websites to earn advertising fees by advertising and linking to amazon.com